One of the best perks of city living is the access to fantastic nightlife, including the best tiki bars in America, the toughest restaurant reservations to get in America and the best rooftop bars in America. After dining and drinking, heading to the club is a natural next step, whether you groove to classic soul or get down to more modern EDM beats. From a star DJ-studded Chicago space to a historic Hollywood hotspot, these are the best dance clubs in America.

“Inspired by the sexy curves of the female body”—oh my!—this super-flashy dance club with an 8,000-person capacity is the glitzy, over-the-top nighttime experience that Sin City visitors flock to. Vegas’ DJ business is worth hundreds of millions of dollars and cream of the crop talent regularly rolls through this huge, gilded, chandelier-hung space: think Skrillex, Diplo and more. When things get too sweaty and crowded, head outside to hang in one of the 30 breezy cabanas.

This twin club complex packs in an Eastside crowd for all flavors of indie rock, dub reggae and electronica. Like its live music programming, its club nights are second to none. At the Echo, Part Time Punks has been turning Sunday nights into a post-punk dance party for more than a decade now, while the raw soul of Funky Sole transports you straight to Funkytown every Saturday. Downstairs at the Echoplex, Dub Club takes over Wednesday nights with bona fide roots reggae ass shaking.

As seen on TV and heard in rap lyrics by everyone from Kanye West to Drake, LIV sets the standard for megaclubs worldwide. Nestled inside the lobby of the historic Fontainebleau hotel—itself a backdrop for major motion pictures including Scarface and Goldfinger—LIV is at once opulent and turnt beyond belief. Afrojack, Martin Garrix and Laidback Luke hold down monthly residencies at the EDM powerhouse alongside a regular program of huge DJs and rap stars. And the stars show up to worship. On any given Sunday, you might run into Floyd Mayweather, Lil Wayne or a Kardashian. With a focus on bottle service, there is more table space than dance floor. Deep pockets are encouraged.

Denver’s location between America’s two coasts makes it an ideal stop for many of the world’s best DJs, who make it a point to spin at Mile High City’s favorite club. Over the years, Beta has attracted top acts, including Deadmau5 and John Digweed, who make the most of the club’s insane, 72,000-watt sound system and groove in front of a psyched-up audience of about 950 serious EDM-heads and casual clubbers alike. Beta’s legendary fog machine, which blasts through about 1,000 liters of liquid nitrogen each night, shrouds the writhing crowd in a dense vapor that covers up even the most daring of dance floor indiscretions.

What do real clubbers crave? An intimate, music-focused but still stylish night out free of bullshit. Between its oversize dance floor, massive LED wall and two large bars, this is an intimate (250 people max) venue with no shortage of glitzy amenities. Look for some of the city’s top up-and-coming DJs spinning house, electro, dubstep, underground disco and indie dance alongside the occasional global talent.

Located in the home of former Polish bottle service venue Club Europa, Good Room was redesigned by nightlife impresario Steve Lewis and opened in October 2014. The main room was designed with the DJ in mind: expect a perfectly placed DJ booth, solid sound system, ample dance floor and small stage for performances. A massive square bar boasts friendly bartenders and surprisingly reasonable drink prices, while a third smaller room—the Bad Room, as it were—houses a massive wall of vinyl and another DJ set-up for separate tunes.

This intimate D.C. club—capacity maxes out at 500—is favored by the city’s movers and shakers, an ethos advanced by the club’s official website (“U Street Music Hall is for dancing, not sitting”). DJ-owned-and-operated, the basement club features a 1,200-square-foot dance floor that’s cushioned by cork to soothe those dancin’ feet. Check out buzzy DJs including Juan MacLean and Boyz Noise, and be sure to shimmy on nights that feature D.C.’s own native sound, moombahton, a house-reggaeton fusion that locals love.

Originally on the fourth floor of the magnificent Wrigleyville building that houses the Metro concert hall, this venerated dance club is now in the basement. Smart Bar boasts a world-class Funktion One sound system, which sounds tremendous on the central dance floor. Cutting-edge house, techno and electro DJs from Europe, Detroit and Chicago (as well as the weekly Queen! dance party) form the bulk of the weekend bookings.

This multiroom dance club was hailed as the savior of NYC nightlife even before it opened in 2013. Since then, Output has provided reliable house- and techno-heavy bookings and a general lack of bottle-service inanity, along with a great sound system and firm commitment to the underground. In addition to the main space, the club often features DJs in its Panther Room and rooftop bar.

Completed in 1927, this cavernous theater remains L.A.’s preeminent super-club. Avalon’s nearly 100-year run is a feat in itself—how on earth does such a space maintain its staying power? A 24-hour operating license certainly helps. But so does a stronghold when it comes to booking global DJ phenoms, its sheer size and grandiosity, and a custom sound system that delivers one of the most delightfully chest-thumping experiences in L.A.

Owned and operated by the same people who gave the world LIV, this two-tiered LED-explosion is a little edgier with a reputation for booking deeper, slightly more underground house acts. Nestled on the south end of Collins Avenue, Story is slightly expensive when it comes to drinks but features a pretty roomy dance floor.

This five-level behemoth located inside the MGM Grand casino is Vegas glitz at its best: tacky, over-the-top and kinda irresistible. Top-tier acts regularly pack the dance floors, from Calvin Harris to Afrojack and Questlove. Wind down from the action in the chilled-out Ling Ling Club and, when the munchies strike, dip out to the Hakkasan restaurant next door, which plates excellent (though pricey) Cantonese fare.

Seattle’s not necessarily known as a club town, but its freewheeling population needs someplace to go to dance and, on many nights, Re-Bar is that place. A welcoming, no-judgment zone that attracts a lively mix of punk kids, hip hop heads, house fans of the gay, straight and everything-in-between persuasion, Re-Bar’s fun theme nights set it apart as a fantastic spot to get down. “Guilty Pleasure” nights harken back to ’90s raves; “Monster Planet” evenings screen B-horror movies in the background; and “Flammable” parties feature hot local house music DJs including Brian Lyons, Wesley Holmes and Xan Lucero.

It’s certainly no secret that gay bars are often host to some of a city’s best dance parties, and Minneapolis’ Saloon is no exception. Inclusive, low-key fun is the name of the game here: whether you’re gay, straight, man, woman or whatever, coming together on the dance floor is what the Saloon is all about. From karaoke to drag queen nights to contests and charity events, the club’s calendar is always packed: look for Sunday evening’s steamy shower contest (with a $300 grand prize); nightly DJ performances and a daylong happy hour—12 to 9pm—that features $3.50 well drinks and domestic beers. 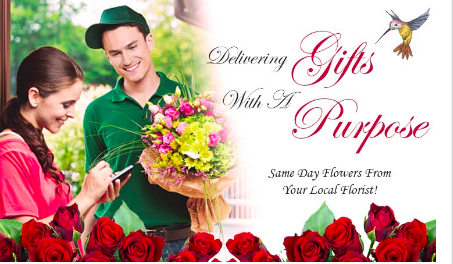